Early one morning in February 2021, I woke up to a call from my colleague. She informed me that the Siem Reap Provincial Department of Agriculture and the Provincial Police Commissioner had just intercepted a minivan carrying 61 dogs headed for slaughter in Kampang Cham, Cambodia. The authorities had called on FOUR PAWS for help – and this situation required all hands on deck. These dogs had been suffering for hours, cramped together 8-10 to a cage. They were injured, dehydrated, and needed to be released and treated immediately.

The authorities brought the dogs to our adoption centre, where I work as a caretaker to support dogs to overcome their trauma after being rescued from the dog meat trade. The team and I did everything we could to take care of these terrified beings. Confused and traumatised, many of them cowered when we released them from the cages, uncertain if more pain was to come. Doing our best to reassure the dogs, the team didn’t waste any time. We got to work and provided much-needed medical attention, water, food, and affection to the dogs – and slowly they came to trust us humans a little bit more.

Victims of the trade

Many people assume that most victims of the dog meat trade are strays snatched off the street. That’s not entirely true. As we were helping these poor animals, we could tell that many were also stolen pets that had been loved and cared for by their families. Ripped from their homes, abused and traumatised, all we could do was show them and the other survivors that they were all safe now; that we were here to love and care for them.

The room filled with panic

We had all experienced a lot that day – humans and dogs alike. As I was about to leave for the evening, I wished the dogs a “good night”. But before I could turn off the lights, desperate whimpering broke out in the room. I went back into the kennel to offer them a few more scratches behind the ears when one of the dogs jumped on my arm and licked my face. This friendly fellow would later come to be known as Jackson.

As I hugged Jackson, feeling a bit taken aback by his reaction, I looked around the shelter. Dozens of pairs of eyes were staring at me, pleading “Don't leave us alone!”

How could I leave them that night? They had been through hell and only narrowly escaped the butcher's knife. The dogs needed me. I called my family to tell them I would be spending the night at the adoption centre.

Lying on a makeshift bed on the ground next to the gate of the kennel, I reached my hand through the bars. Within a few moments, I felt Jackson’s grateful head on my hand. Reassured by my presence, he and the other dogs were finally able to get the rest they needed that night.

Caring for dogs rescued from the dog meat trade is so much more than a 'job'. I have learned a lot about love and resilience. These amazing creatures can sense everthing and seem to give back endlessly. The love and trust I got from these 61 heroes that day is something I will never forget. It breaks my heart to know that millions of dogs are slaughtered in Southeast Asia each year. But these 61 dogs are a reminder that we are making a difference to create a better, kinder world for animals; public awareness and support are increasing, and laws are changing.

As for Jackson, we became fast friends. Each day, I watched how he and the other dogs healed a bit more from their trauma. It is a longer journey for some than others, but I have promised them all that I will be there to help them along the way. 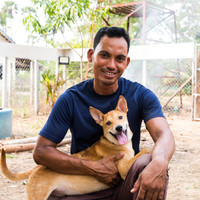 Sary is a caretaker for dogs in Cambodia. He is one of the helping hands on the ground who put their hearts and souls into supporting dogs overcome their trauma after being rescued from the dog meat trade. 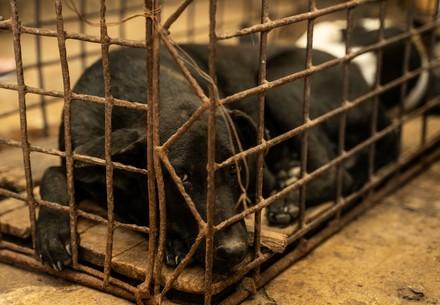 Closing a House of Horror for Dogs in Cambodia

Together, we have saved millions of dogs from slaughter 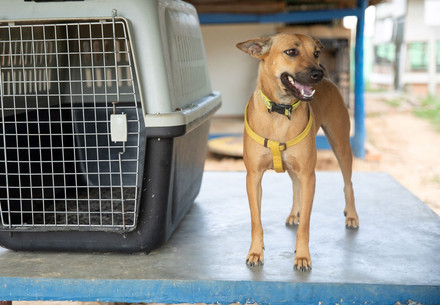 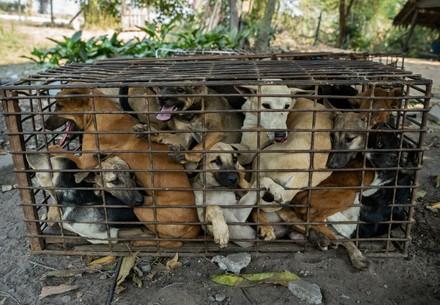